Imagine you are at a nice restaurant, enjoying a meal, when the fire alarm goes off…

Imagine the rush and panic and confusion on the faces of the people around you when smoke starts to come out of the kitchen…  and then imagine an older woman two tables over, falling to the floor when she is struggling to move along with the crowd…

What do you think you would hear people saying in that situation?

More likely than not, there would be a few voices saying that “somebody should do something!”  Maybe you would say the same thing to yourself.

And you would be right… But YOU should BE the SOMEBODY!

Instead of being a spectator and hoping for someone else to do something, YOU can choose to be a leader and take action.  Have you heard the saying “If it’s to be, it’s up to me?”

Have you repeated it to yourself?  Have you accepted responsibility for your team’s success?

The truth is that it IS up to you… You have a huge impact on what happens to the people around you – what YOU do matters!

Have you seen the movie It’s a Wonderful Life?  It was made in 1946 and comes on every Christmas… it’s about a character named George Bailey, played by Jimmy Stewart, who is considering suicide on Christmas eve, convinced that he is a failure.  George is interrupted by his guardian angel, Clarence, who shows George all the lives that he has touched and how different his community would be without him…

The movie was actually considered a flop when it was first released – it didn’t come close to making back the 6 million dollars in production costs, and it didn’t win any Oscars.

George Bailey’s character didn’t think what he had done was important.  Paramount pictures thought the movie was an unappreciated disappointment.

But since then, it has impacted tens of millions of people and been added to the American Film Institute’s list of 100 best movies ever made.  What you think is unnoticed or unimportant has a HUGE impact on the world around you!  What YOU DO matters!

Every decision you make has consequences.  Even the small ones… Everything matters – because your actions and attitude influence the people around you…

Have you heard of the butterfly effect?

In 1963, scientist Edward Lorenz suggested that butterfly flapping wings creates hurricane on other side of world… and he was laughed at by most of his peers.

But in the mid-1990’s, physics professors proved his theory was accurate, and it had now become a scientific LAW – “sensitive dependence on initial conditions”

The 1998 movie Sliding Doors, with Gwyneth Paltrow, tells two very different stories about her life – one story shows her life when she catches the train and makes it home on time… the other shows how drastically her life is altered just by missing that train.

The butterfly effect is proof that a small change in one place can result in large differences elsewhere.  Seemingly inconsequential actions can have drastic long term results.

We are ALL leaders – and what you do matters.  It impacts others and influences their behavior.  Think about this: If everyone on your team cared as much & worked as hard as you, what kind of team would it be?

Does your work ethic match your aspirations?

Think about what your attitude and habits are communicating to your teammates.  Everything you do has a butterfly effect on team development…

Does your behavior inspire your teammates?

Does your passion and investment motivate others to work harder or improve their skills?

If it is to be, it IS up to you.  You are not a victim floating along wherever the current takes you.  You have oars!  YOU decide where the boat is going – AND how fast it gets there!

When things aren’t going well and your teammates are looking frustrated or down… do you drop your chin and give up, or shake your fist and demand your team fights through it?

Your decisions… Your attitude… Your words and behaviors MATTER!

If your group would benefit from a team building speaker at its next meeting or conference to help inspire more ownership and teamwork, it would be my pleasure to deliver a memorable and interactive message…

And remember – Don’t play the victim and hope for somebody else to do something that will make things better.  Instead of waiting for a hero… choose to BE the hero.

BE somebody.  It IS up to you!

(This article is based on one of the messages from my Motivational Nuggets Audio CD – if you enjoyed it, check out the other eleven pep talks the CD offers!) 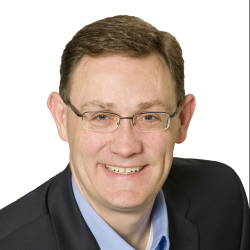 Sean Glaze
Sean Glaze has enjoyed motivating athletes and inspiring teams for nearly 20 years, and has consistently turned under-achievers into winners – both on and off the court – with his practical tools and focus on great relationships and teambuilding.As an experienced author, speaker, and team-building coach, Sean entertains and influences audiences with a unique blend of dynamic content, interactive activities, and practical action steps. His team-building website, www.GreatResultsTeambuilding.net, provides more information on the team-building events, speaking engagements, and training workshops he offers.

If you are part of a business, school, or athletic team that needs to improve communication, inspire accountability, energize morale, and transform your group into a more productive team, contact him and get started improving your organization today!

There are many ways we can coach and teach our players to become better and smarter players. Coach Knight, in the video below, offers one method of building some basketball … END_OF_DOCUMENT_TOKEN_TO_BE_REPLACED

Author: Ryan Thomas Many successful people carry the mantra “failing to prepare is preparing to fail”. This could not be more true. Great achievement is almost always a … END_OF_DOCUMENT_TOKEN_TO_BE_REPLACED

Author: Ryan Thomas As a serious basketball player, student, or in a professional career you should always evaluate and reflect on your performance with an improvement … END_OF_DOCUMENT_TOKEN_TO_BE_REPLACED

Here are a few quick hitting plays initiated by the dribble and/or pick-and-roll. Designed to get an easy look at the basket, these plays can be incorporated at any … END_OF_DOCUMENT_TOKEN_TO_BE_REPLACED