The WNBA Point Guard Workout is designed for point guards … or any basketball player who handles the ball! This workout contains 7 drills that will help develop footwork, dribble moves, and shooting.

In the .pdf below, you will find the following drills:

Click the pdf below so you can get to work with the WNBA Point Guard Workout. 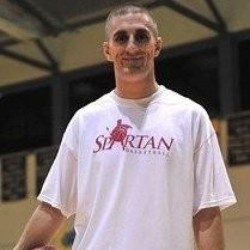 Since arriving in San Antonio, Coach Springer has helped several middle school and high school programs reach the district finals. He is currently the Girls Varsity Basketball Coach at Castle Hills First Baptist School. In 2011, Coach Springer led the CH Eagles to the Tapps 1A Regionals and was nominated for 1A Coach of the Year.

He has worked with D1, international and WNBA players. In 2011, Tim was a coaching intern with the San Antonio Silver Stars (WNBA) and was responsible for player development.

There are many ways we can coach and teach our players to become better and smarter players. Coach Knight, in the video below, offers one method of building some basketball … END_OF_DOCUMENT_TOKEN_TO_BE_REPLACED

Author: Ryan Thomas Many successful people carry the mantra “failing to prepare is preparing to fail”. This could not be more true. Great achievement is almost always a … END_OF_DOCUMENT_TOKEN_TO_BE_REPLACED

Author: Ryan Thomas As a serious basketball player, student, or in a professional career you should always evaluate and reflect on your performance with an improvement … END_OF_DOCUMENT_TOKEN_TO_BE_REPLACED

Here are a few quick hitting plays initiated by the dribble and/or pick-and-roll. Designed to get an easy look at the basket, these plays can be incorporated at any … END_OF_DOCUMENT_TOKEN_TO_BE_REPLACED