You are here: Home / Archives for Jason Parrish

I am sure that most of you watched the BCS Championship game a few weeks ago in which Alabama manhandled Notre Dame in extraordinary fashion. Being from Alabama, I am blasted with Alabama football for most of the year which is tough being a basketball guy and an Auburn fan to boot. But I think, as coaches, we can learn a lot from Crimson Tide Head Coach Nick Saban. What he has done and accomplished in his profession is nothing short of remarkable in this day and age, not just in college … END_OF_DOCUMENT_TOKEN_TO_BE_REPLACED

When determining what kind of offense and defense to install, it's important to implement things that are not often seen by your opponents. A previous head coach that I worked for preached this constantly. The league that we were in was extremely athletic and if it was a track meet, we probably would not have one a single event. However, we slowed the pace and ran a Princeton style offense and mixed it up defensively in order to keep our opponents off-balance. I often heard him say that we were … END_OF_DOCUMENT_TOKEN_TO_BE_REPLACED

I find television programs and books about World War II fascinating. If I have a chance to sit back and channel surf for a little, I will almost always stop on a program discussing some aspect of the subject if it's on. One night, I was sitting on my couch, watching the movie Patton (great movie by the way). The scene where he and his men were waiting on better weather to provide relief to the soldiers that were pinned down in Bastogne, otherwise known as the “Battle of the Bulge”. Like most of … END_OF_DOCUMENT_TOKEN_TO_BE_REPLACED

Every player I meet or talk to wants to play fast. They want to get out, push the ball up the court and try to score as quick as possible -- which is great! However, the vast majority of these players do not understand what it means to play fast effectively. Getting out and pushing the ball is an excellent way to play because it creates the ability to attack offensively before the defense gets a chance to set up which can create easy scoring opportunities. Yet, before you can really commit to … END_OF_DOCUMENT_TOKEN_TO_BE_REPLACED 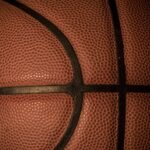 The New York Knicks were left stunned by the officiating during their recent narrow loss toNBA title favorites Brooklyn Nets. They lost out 112-110 at the Barclays Center, and … END_OF_DOCUMENT_TOKEN_TO_BE_REPLACED 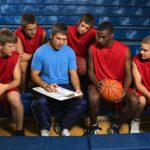 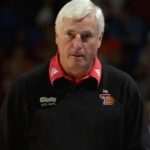 There are many ways we can coach and teach our players to become better and smarter players. Coach Knight, in the video below, offers one method of building some basketball … END_OF_DOCUMENT_TOKEN_TO_BE_REPLACED 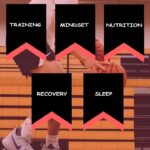 Author: Ryan Thomas Many successful people carry the mantra “failing to prepare is preparing to fail”. This could not be more true. Great achievement is almost always a … END_OF_DOCUMENT_TOKEN_TO_BE_REPLACED 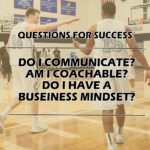 Author: Ryan Thomas As a serious basketball player, student, or in a professional career you should always evaluate and reflect on your performance with an improvement … END_OF_DOCUMENT_TOKEN_TO_BE_REPLACED