You are here: Home / Blog / What Coach Don Meyer Taught Me

Coach Don Meyer’s presence made you want to sit up a little straighter.

We had just eaten lunch in the cafeteria and he took a few moments to address the whole camp.

With his own unique style of interspersing nuggets of wisdom between recording reminders to himself on his handheld dictaphone, he told us something I have never forgotten.

None of us are too good to pick up trash.

Might seem an odd lesson to teach at a basketball camp, but it’s completely indicative of what Coach Meyer was all about: developing servant leaders.

And to this day, when I see a piece of trash I hear him reminding me to pick it up.

Coach Meyer won 923 games and 1 NAIA National Championship. But he coached a lot of champions.

The following is an excerpt from my new book, Wisdom for the BusyCoach—Volume Two:

You don’t have to win a championship to be a champion.

Most BusyCoaches define a champion as the individual or team that comes in first place. Yet only a few teams finish the season with a win. In fact, many compete for years and never win a championship.

The dictionary defines a champion as a fighter or warrior. Champions keep fighting no matter what the scoreboard says. Champions battle through all the uncontrollables of competition (and life) by focusing on what they can control. Champions fight for a higher value or purpose. Champions never, ever give up.

All competitors strive for championships, and many become discouraged when they don’t achieve that goal.

Remember, hoisting a championship trophy isn’t the only way to become a champion.

But as for you, be strong and courageous, for your work will be rewarded.
—2 Chronicles 15:7

What Coach Don Meyer Taught Me appeared first on Life Beyond Sport. 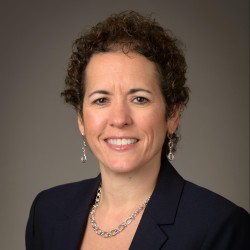 There are many ways we can coach and teach our players to become better and smarter players. Coach Knight, in the video below, offers one method of building some basketball … END_OF_DOCUMENT_TOKEN_TO_BE_REPLACED

Author: Ryan Thomas Many successful people carry the mantra “failing to prepare is preparing to fail”. This could not be more true. Great achievement is almost always a … END_OF_DOCUMENT_TOKEN_TO_BE_REPLACED

Author: Ryan Thomas As a serious basketball player, student, or in a professional career you should always evaluate and reflect on your performance with an improvement … END_OF_DOCUMENT_TOKEN_TO_BE_REPLACED

Here are a few quick hitting plays initiated by the dribble and/or pick-and-roll. Designed to get an easy look at the basket, these plays can be incorporated at any level! … END_OF_DOCUMENT_TOKEN_TO_BE_REPLACED